Yeri is a javascript library for graphing timeseries data into an SVG, entirely in the browser. As a bonus, it can also generate a retro low-res text version, using xterm-256 colors and block characters. Timeseries can be loaded in graphite or prometheus formats, or loaded from an RRD file, as used in tools like MRTG and collectd.

This allows a webpage to dynamically fetch time series data and generate a pretty graphs, without any server code.

Yeri is used by netgraph to make simple network latency monitoring: Check out this demo. 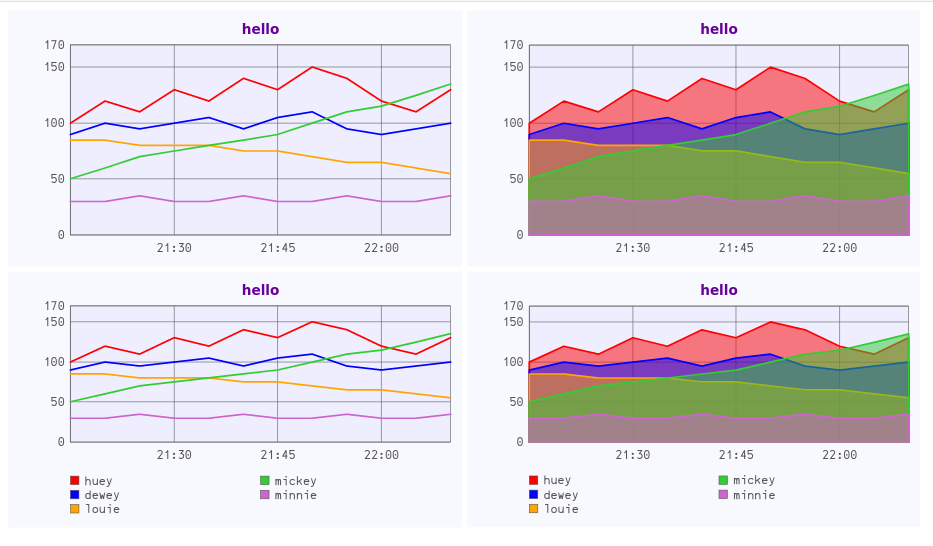 Yeri is short for "iyeriwok", an Inuit word meaning "to stare at".

A time series graph shows time along the X axis, and some value along the Y axis. The time range is set by the range of the TimeSeries being drawn. Markers along the left and bottom edges are called "labels". Soft guide lines will be automatically generated in both dimensions. An optional title runs across the top, and an optional "legend" along the bottom can map each color to a time series name.

You can also configure "highlight zones", which are vertical bands of color that highlight particular time ranges. These can be used to indicate things like periods of excessive errors, or "business hours", things like that.

To my eye, the text version of a graph is a cute party trick, but not particularly enlightening compared to the SVG form. It may be useful for small amounts of data in terminal-based UIs and command-line tools. 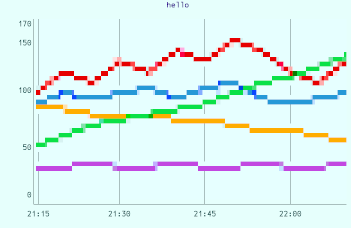 To generate an SVG from a set of time series:

The SVG data can be embedded into HTML dynamically using code like this:

Options are described at the top of svg_graph.ts.

To generate text graphics from a set of time series:

You can send this string to any xterm-256 terminal to "draw" a blocky version of the graph.

Options are described at the top of text_graph.ts.

A graph is generated from a TimeSeriesList:

and a TimeSeries is constructed from one of three sources:

Any value may be undefined to represent missing or incomplete data.

Additionally, a time series may be constructed from parsing an RRD file:

Why did you make an xterm-256 text version?

I don't know! The pandemic has been a weird time.